The Mountain Film Festival is Back

The jury, consisting of Karsten Scheuren (Germany), Stefanie Holzer (Austria), Alexander Donev (Bulgaria), Stefan König (Germany) and Thaïs Odermatt (Switzerland) spent many hours in the dark screening room to carefully analyse the strengths and weaknesses of 80 films from around 30 nations. The end of each Mountain Film Festival in Tegernsee is marked by the grand award ceremony for the winners of the competition. The winning films are presented in short sequences, and jury members explain the decisions behind the awards. Some of the winners accepted their trophies in person. This means an occasion for all participants to celebrate together – film makers, jury, supporters and organisers.

“Mountain film has returned to the cinemas,” festival director Michael Pause is happy to say during the closing event at the festive Barocksaal venue in Tegernsee. “I myself was particularly pleased by the many wonderful encounters and interactions with numerous prominent film makers over the past few days. All this is finally possible again in fully occupied screening venues.” The mountain film scene had been waiting for this opportunity for a long time and for this reason alone, the months of preparation work were worthwhile. Johannes Hagn, Mayor of Tegernsee, takes a similar view: “We can be satisfied with what we achieved this year. Expectations were actually exceeded. And there was a lot of positive feedback from visitors.” Fans can already look forward to next year: In 2023, the Tegernsee Mountain Film Festival will celebrate its 20th edition. 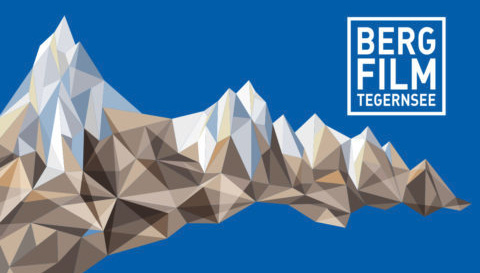 At picturesque Lake Tegernsee, this October puts mountains on the silver screen. The encounter of people and mountains takes centre stage: from bold athletic deeds to spectacular documentaries and moving portraits. Outside the screening venues, intimate charm and Bavarian lifestyle enchant film makers and mountain fans from around the world. 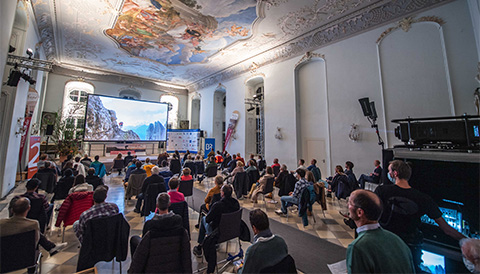 The highlight of every film festival is when the winners are announced. Not everyone has the possibility to be in the theatre at the awards-presentation. Anyone who wants to know which films were chosen as the best mountainfilm this year by the international jury will be able to take part.

The Bavarian broadcasting company, as sponsor of the festival, produced a live-stream of the awards ceremony. You can watch the recording here or via the media library of the Bavarian Broadcasting Company.

Not only captivating images, strong protagonists and exciting storylines attract attention, but a special spirit reigns when the entire mountain community comes together – authors, cinematographers, producers, protagonists, mountain lovers, the young and the old.