Tegernsee Mountain Film is synonymous with excitement and diversity — and with food for thought. This is what its founders envisioned over 15 years ago, and this is how the festival presented itself over the last couple of radiant autumn days to over 6,000 visitors from all over the world.

Film makers as well as mountaineers love these kinds of conditions for their work — ideal film-watching weather, however, looks somewhat different. Still, an exciting, diverse and high carat programme with more than 90 new mountain films made sure that the six screening venues were well packed at all times. “I reckon this is the greatest compliment we could possibly get, for our films, our work, and our festival,” Festival Director Michael Pause is happy to say during the presentation of award-winning films on Saturday night in the festive Barocksaal venue.

END_OF_DOCUMENT_TOKEN_TO_BE_REPLACED

Providing a platform for critical voices
Goosebumps — those are guaranteed while watching this year’s award-winning films. Whether these films last for over an hour or merely seven minutes, whether they were produced with a big budget or by the simplest means. Whether the setting is in the Himalayas, in Africa or right at home. Anything is possible in mountain film, what truly surprises in this genre is the mundane.

“It is rather exceptional that a producer takes on such a critical position in their film as Puria Ravahi does with “Last Exit” towards a theme that the media represents in a largely heroic light,” explains Festival Director Michael Pause. The greater is his joy over the fact that this film received the Prize by the German Alpine Club: not the story of a hero, but a short, very powerful documentary about a BASE jumper who — probably at the last minute — discovers that his passion is pushing him towards a complete numbing of emotions and ultimately towards his own death. Maximilian Werndl managed to take the “last exit”, unlike many of his friends. “As a Mountain Film Festival it is among our responsibilities to create a platform for such critical films and voices and to stimulate discussions,” Tegernsee Mayor Johannes Hagn confirms.

END_OF_DOCUMENT_TOKEN_TO_BE_REPLACED

In order to select the winning films, the jury comprising Helmut Scheben (Switzerland), Julia Brunner (Austria), Mojca Volkar Trobevšek (Slovenia), Benedikt Kuby (Germany) and Martin Kaufmann (Italy) had to withdraw into the dark for three whole days so as to get through all submissions.

END_OF_DOCUMENT_TOKEN_TO_BE_REPLACED

Prize by the German Alpine Club for the Best Alpine Film in the Category of “Mountain Experience” (€ 1,000,-)
“Last Exit” by Puria Ravahi (Germany)

Bergzeit Prize for the Best Film in the Category “Mountain Nature” (€ 1,000,-)
“Dessine-mois un chamois” (Draw Me a Chamois) by Véronique, Anne and Erik Lapied (France)

Otto Guggenbichler Prize for a Junior Filmmaker (€ 1,000,-)
“A mords Sauhaufen in a z’kloan Zelt” (A Bunch of Nutters in a Tiny Tent) by Simon Platzer, Johannes Hoffmann and Jakob Schweighofer (Austria)

HONOURABLE MENTIONS:
“Dirtbag: The Legend of Fred Beckey” (Dave O’Leske, USA)
In a humorous ways, we are presented with the life story of a US mountaineering legend. Fred Beckey still climbs at age 93.

“Dhaulagiri – Ascenso al la montaña blanca”  (Cristián Harbaruk and Guillermo Glass, Argentina)
A violent disagreement results in tragedy on the mountain. A film that raises many questions regarding the dreams, friendships and risks of Alpinism through the medium of compelling images.

“Symphony on Skis” (Carla Braun-Elwert, New Zealand)
Two young women cross the glaciers of New Zealand from ocean to ocean. They follow a route in remembrance of their deceased father who once as a mountain guide accomplished a record time traverse. A very worthwhile montage of archive material and fascinating landscape images.

END_OF_DOCUMENT_TOKEN_TO_BE_REPLACED

A drone embarks towards new horizons, flies into a world beyond the Tegernsee mountains on the hunt for the most beautiful images — this new trailer kicked off the 15th Mountain Film Festival. On board: not only the most unique films, but also the people who used their imagination and creativity to successfully innovate narratives that enthuse their viewers and “get under their skin”.

It is Wednesday evening. The first guests jostle in front of the screening venues and the jury has already completed a film-viewing marathon. While outdoors, the last mild sunrays hit, freezing cold is captured on the indoor silver screens. The decision has almost been finalised. However, jury members Helmut Scheben (Switzerland), Julia Brunner (Austria), Mojca Volkar Trobevšek (Slovenia), Benedikt Kuby (Germany) and Martin Kaufmann (Italy) would like to take a second look at some of the competing films. The bunch of nutters from “A mords Sauhaufen in a z’kloan Zelt” will therefore once more fly across the universe in their tiny tent to reach the steepest chutes. Those snowboard die-hards are sick! The jury attributes a couple of extra points. After what felt like a hundred hours in a darkened room, the world starts to look a bit different. Is that going to translate into a prize though? Even the Tegernsee festival audience has rarely been exposed to so many new ideas, deeply moving experiences and fascinating images as this year.

END_OF_DOCUMENT_TOKEN_TO_BE_REPLACED 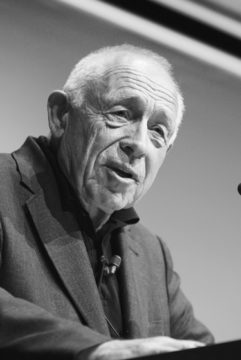 END_OF_DOCUMENT_TOKEN_TO_BE_REPLACED

More than 90 new mountain films from all over the world are on show at the 15th Mountain Film Festival in Tegernsee in October. Just in time, the newly released programme booklet infuses grey autumn days with bright colours.