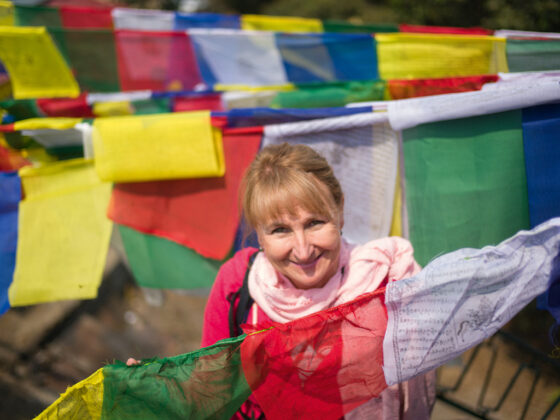 Having completed more than ten ascents, Sophie Lavaud stands a good chance of becoming the first Swiss woman to climb all fourteen eight-thousanders. But Mount Dhaulagiri with an altitude of 26,794 ft (8,167 m) is far from easy to conquer. On this adventure, she is accompanied by two women who call the all-female expedition “Women who dare”.

Caroline Fink received an Honourable Mention by the Jury in 2021 for “Was sie wohl tun wird mit uns?“ (What Will This Do to Us?) 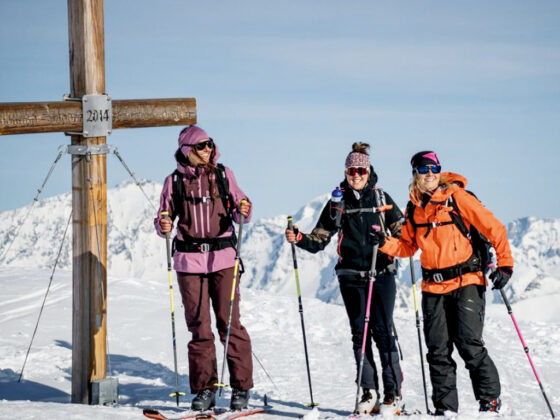 The Trans Salzburgerland traverse is the ski touring adventure everyone dreams of. Three female professional athletes, an Olympic champion and two freeriders, dare a mid-winter ski traverse from Sportgastein to Hinterglemm. Viktoria Rebensburg, Sabine Schipflinger and freeriding pioneer Sandra Lahnsteiner fight their way across ridges and glaciers. After the wildest ski descents in the world, they spend five days touring the Trans Salzburgerland to discover the mountains of their home country. As a finale, Austria’s highest mountain awaits.

During the evening, Viktoria Rebensburg will be present to talk about the film shoot. 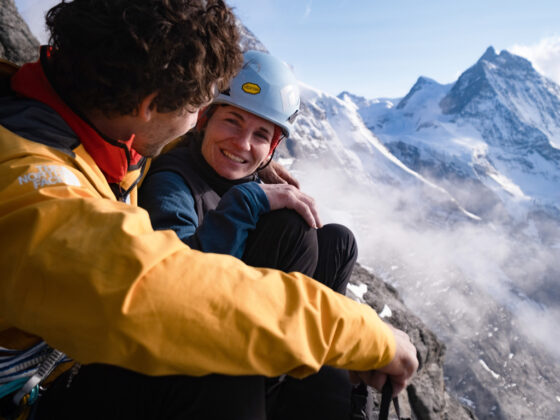 The “Odyssey” including the “Paciencia” line is considered the most difficult climbing route on the Eiger North Face. The first attempts on the 33-rope-length route began in 2009. Five years later, after an ordeal of almost two months, the first free ascent succeeded.

In 2018, Barbara Zangerl and Jacopo Larcher repeated the route; it took them four days. Emulating the first ascenders’ climbing style, the so-called “big wall style”, they carried food, water, equipment and a portaledge across the wall. 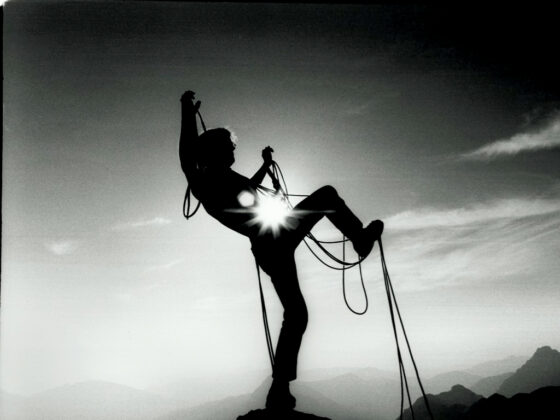 With his illustrated book “Erlebnis Berg: Zeit zum Atmen” (Mountain Experience: Time to Breathe), Reinhard Karl gave a voice to the lifestyle of a generation of mountaineers and climbers. The uniqueness of his works persists. Artist Clara Happ creates wood and lino cuts based on his photographs. She sounds out the power and aesthetics inherent in his texts and images. Reinhard Karl died on Cho Oyu (26,748 ft / 8,153 m) at the age of only 35.

In 2004, the film’s director received the Prize in the Landscape category with “Die Alpen – Eine Reise durch Bayrisch-Afrika” (The Alps – A Journey across Bavarian Africa) and in 2011 an Honourable Jury Mention with “Das zweite Leben des Tal Niv” (The Second Life of Tal Niv). 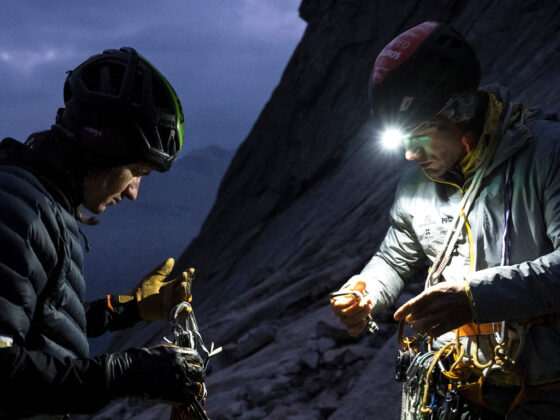 The north faces of the Tre Cime di Lavaredo, Piz Badile, Matterhorn, Eiger, Petit Dru and the Grandes Jorasses are considered the six great walls of the Alps. Swiss climber Roger Schäli and Simon Gietl from South Tyrol have completed them all several times. Their latest goal: to climb them non-stop and to travel the distances between them entirely under their own steam. A route covering 683 miles (1,100 km) of distance, 100,951 feet (30,770 m) of ascent and 96,686 feet (29,470 m) of descent on race bike, on foot, on the rope and by paraglider. 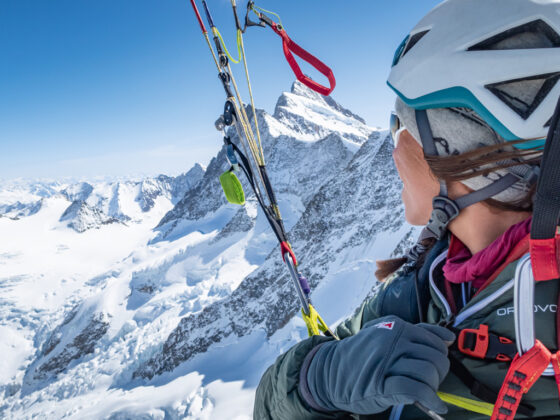 Imagine taking off from a fresh four-thousander each day for four days and flying across the Bernese Oberland’s glaciers – a ski & fly tour to Mounts Jungfrau, Gross Grünhorn, Finsteraarhorn and the Fiescherhorn Massif. Combining skis and paraglider granted Marlies and Andi a new perspective onto the mountain world above the Alps’ longest glacier. 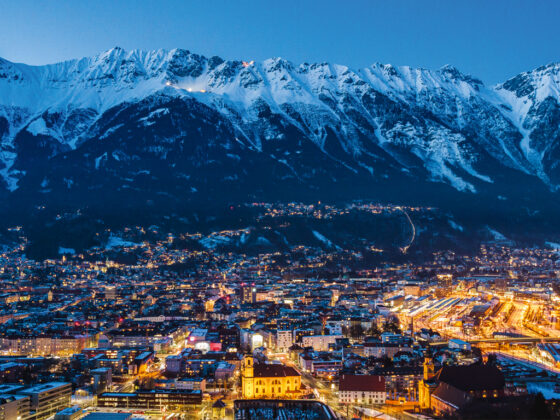 For Innsbruck winter sports enthusiasts, the realm of dreams expands right from their doorstep: the Nordkette mountain range (North Chain). From the heart of the city, the Nordkette cable car takes you to high alpine terrain in a mere 20 minutes. This enables an “alpine-urban lifestyle” that is unique in the world. 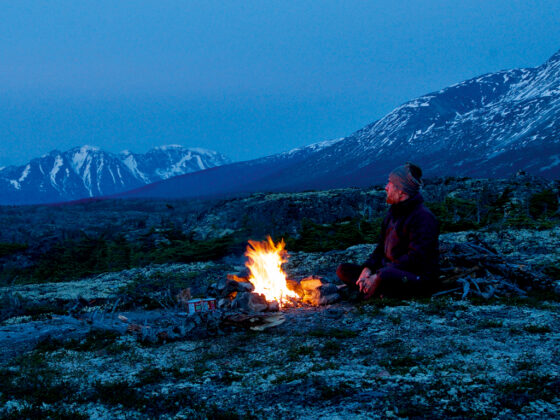 The travels of Italian writer Paolo Cognetti in the footsteps of the writers who most inspired him. The documentary explores the relationship between humans and wilderness during a journey that takes him to British Columbia, the Yukon and Alaska. Along the way, he meets people currently living in the forest and explores the origins and controversies of their choice.

The Disappearance of Janusz Klarner 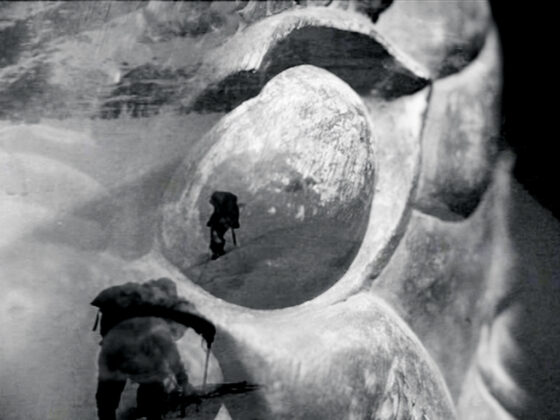 The Disappearance of Janusz Klarner

In 1939, Janusz Klarner reached the eastern summit of Mount Nanda Devi in the Himalayas – all that happens next seems a consequence of this act. The mountaineering hero recounts an avalanche of events like a terrible dream. A broken taboo cannot be forgotten in a country rebirthing within the new communist order. 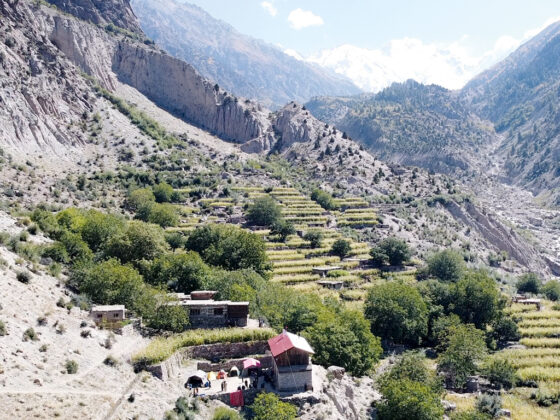 How can we inhabit our space differently at a time when climatic upheavals are no longer merely to be feared but in full swing? Can we reflect differently upon our relationship with what surrounds us? The makers of this film believe that art is instrumental in opening up new spaces of thought, experimentation and imagination and that it has a key role to play in this regard. 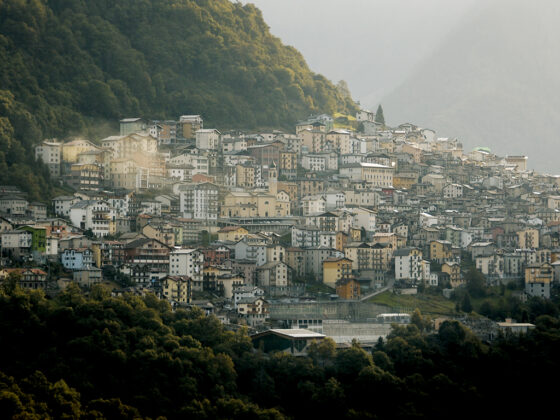 The Alps are not only a spectacular natural landscape in the heart of Europe, but also a living space for 13 million people across eight countries, whose multitude of languages, dialects and ways of life reflect the cultural diversity of this unique region. The film tells of people whose life perspectives between economy and ecology could not be more contrastive – and who, despite difficult circumstances, are deeply connected to their homeland. 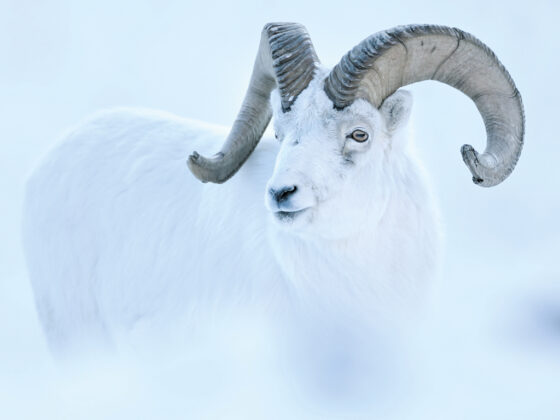 Wildlife photographer Jérémie Villet traverses the white deserts of the northern hemisphere all alone with his pulka sledge and telephoto lens, in order to find animals that survive in extremely cold conditions. On his expedition to Northern Canada, he will explore the Yukon region with the aim of photographing its legendary mountain goat.

For “La quête d’inspiration” (Gathering Inspiration) Mathieu Le Lay received the 2015 Prize for the Best Film in the category Mountain Nature as well as the Otto Guggenbichler Prize for a Junior Film Maker. 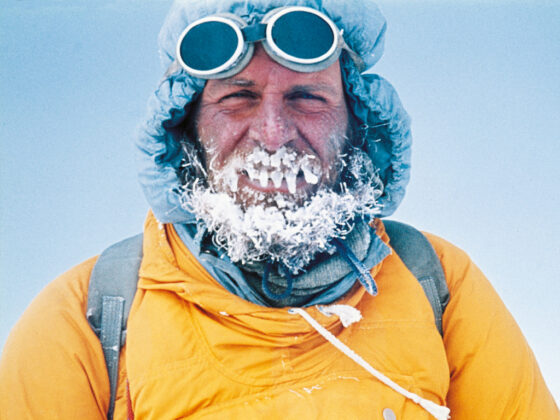 Kurt Diemberger, the only surviving first ascender of two eight-thousanders, turned ninety on 16 March 2022. The life of the mountaineer, film maker and author is marked by unique successes and an unbelievable tragedy on K2 in the black summer of 1986.

In 2010, the film’s director received the Grand Prize of the City of Tegernsee for “Mount St. Elias”.