by Anne and Erik Lapied (France)

With outstanding images, this film carries us off into the world of the golden eagle and the bearded vulture.

Minute observations embedded into the rhythm of nature translate into atmospheric and gripping images, which also contain plenty of information. One senses the great affinity between the film makers and these animals and nature itself. “Les maîtres du ciel” impresses by means of simplicity. It is free from unnecessary added effects and allows viewers to immerse themselves and participate in the the majestic world of these enormous birds. An impressive film! 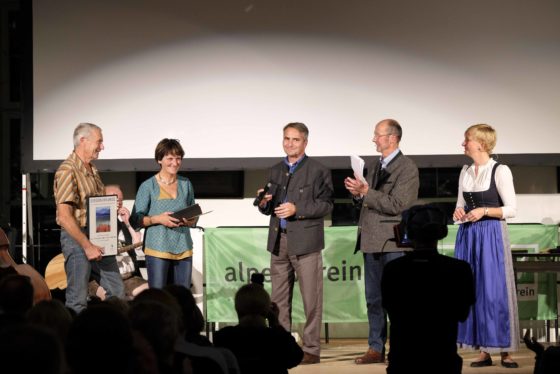 PRIZE IN THE CATEGORY MOUNTAIN EXPERIENCE

A grand, dramatic, well constructed climbing film which explores the borderline between devotion and obsession in riveting fashion. Here we have the climbing world’s rock stars – Tommy Caldwell and Kevin Jorgeson – and there El Capitan’s giant wall. The film’s maker succeeds not only at documenting this spectacular athletic achievement but also at investigating the protagonists’ entirely human side. How do you cope with an impossible climbing project? Why does one even take it on? The answers to these questions give the film additional depth. At the same time it holds up a mirror to the pressures of marketing and the Janus-faced nature of the press and media. 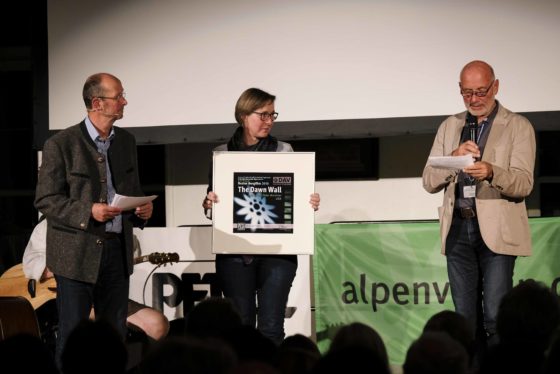 PRIZE IN THE CATEGORY MOUNTAIN NATURE

The tardigrade, the salamander and the comical water shrew are the heroes of this wonderfully unpretentious film. Lovingly presented slices from the lives of these protagonists subtly sharpen our appreciation for the great wonders of a smaller world. Natural processes are shown in context and mixed up with astounding footage of these animals’ behaviour, animals we hardly know, even though they live so close-by. Well dosed narration, sensitive sound design, a subtle musical score and various artistic touches such as slow motion segments are utilised in consistently purposeful and judicious fashion. The film makers render the big stage to their tiny protagonists, without over-exposing them in Hollywood style. 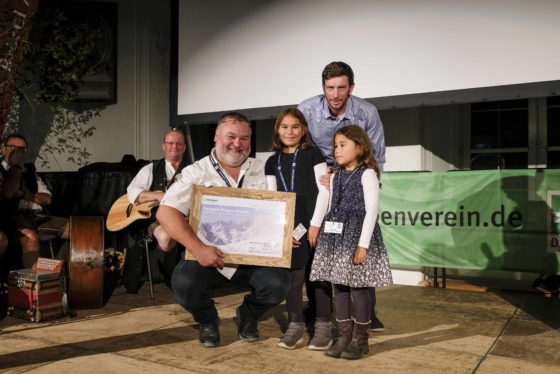 PRIZE IN THE CATEGORY MOUNTAIN LIFE

This film shows the life of a farming family in the Swiss canton of Uri on a steep mountain side high about the valley’s village — a way of life we are hardly aware of any more in central Europe. The narrative is marked by respect for people and animals. Many an intimate moment is captured. All this is displayed in harmony with nature, a force which can also decide fates, as the film impressively demonstrates. It conveys the hope that future generations will carry on the old wisdom, despite all obstacles and the lure of modernity. 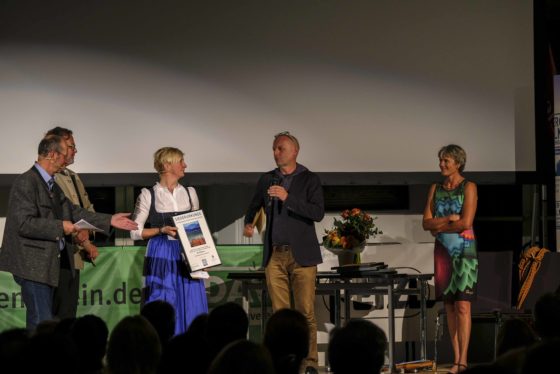 The film maker shows us a technically flawless representation of motivation: He zooms in on a process of internal overcoming, when a climber finally learns to master a difficult challenge. We experienced this as a highly focused glance at what truly matters and as a promise of further cinematic development.

“Hansjörg Auer – No Turning Back”

What is moving about this film are its quiet, dense and atmospheric images as well as the openness of its protagonist when reflecting upon his climbing. Hansjörg Auer keeps recognising with more and more clarity that he is not out there for sensations, records and top achievements. One of the most outstanding solo climbers of our times begins to understand that for him, it’s all about being on his way — without sideway glances at outside recognition of success.

Thanks to incredible care for detail this lovingly made animation lingers in the minds of viewers. The film manages — in just eleven minutes and without narration — to represent all common climbing film tropes, allowing us to recognise our own absurd behaviour in the mountains and to laugh at it.

The jury would like to recognise this film with an honourable mention because it delivered the surprise of a good deal of self-mockery and a decided lack of vanity. The film shows a slice of everyday life during a mountain ascent, while narrating with refreshing levity the developing friendship between a “teacher” and his female “student”. The experienced alpinist Simone Moro ends up succumbing to the charm and wit of his younger colleague Tamara Lunger. Such sensitive observation caters a therapeutic counter point to the film festival programme, because it does not prioritise for the mountaineers’ ambitions and goals, but for the art of humour.

PRIZE FOR MOST OUTSTANDING CAMERA WORK

This film does not engage in classic story-telling. Mostly by means of fragments we approach an artist inspired by nature. We peer across his shoulders, witnessing his quest for images among the overwhelming landscapes of Patagonia. He tries to capture in his photographs those decisive moments which Cartier-Bresson previously described. We felt reminded of the tremendously expressive photography of a Sebastião Salgado. The film achieves a lively overall composition of its own impressive images and moods painted in sound and music, which combine with the portrayed photographer into a joint creation.

PRIZE FOR THE SPECIAL FILM

Exposing the heart-wrenching openness of contemporary witnesses, this film reveals people’s impotence in the face of politics and corporate power. It also represents a lively contemporary document, which holds and will hold significance beyond national borders for a long time to come. It holds up a mirror to current debates, for instance the German one about the Hambacher Forest and electric utilities company RWE. An honest film that manages to re-connect expulsion from one’s home to human dignity.